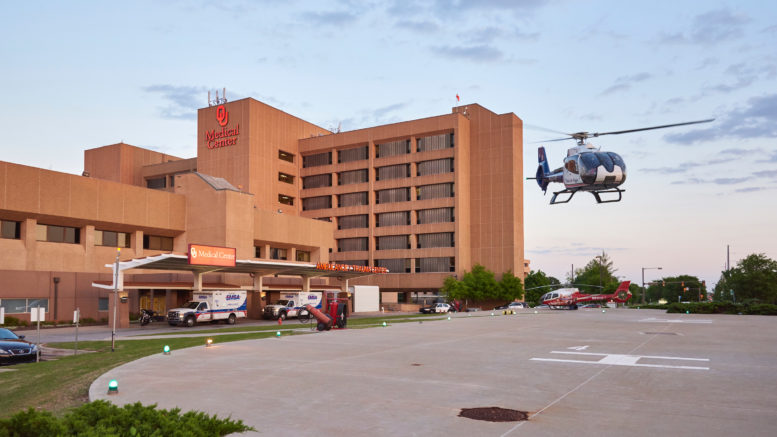 A 2002 Toyota Tacoma pickup, driven by Darrin R. Kile, age 51, of Elmore City, was traveling westbound on SH 29 when it departed the roadway to the right, over-corrected to the left, and overturned one complete time.

Kile was transported by Air Evac to OU Medical Center where he was admitted in stable condition with head and trunk internal injuries.

Cause of collision was determined to be improper use of lane. It is unknown if seatbelts were in use. Airbags did deploy.

Another injury collision involved a Purcell man and three passengers on October 20, 2019 approximately four and one-half miles north of Pernell on State Highway 76.

Brandon Ingram, age 18, of Purcell, was driving a 2007 Ford F150 southbound on SH 76 at approximately 3:20 a.m. when the vehicle departed the right side of the roadway, struck a fence and a tree, before overturning one-half times.

The vehicle came to rest on its side pinning one of three passengers for about 30 minutes before being freed by the Elmore City Fire Department using the Hurst tool.

The pinned passenger, a 16 year-old male juvenile of Mustang, Okla., was transported by AirEvac to OU Medical Center and admitted in serious condition with head, arm, and trunk internal injuries.

The cause of the collision was determined to be inattention. Seatbelts were in use.