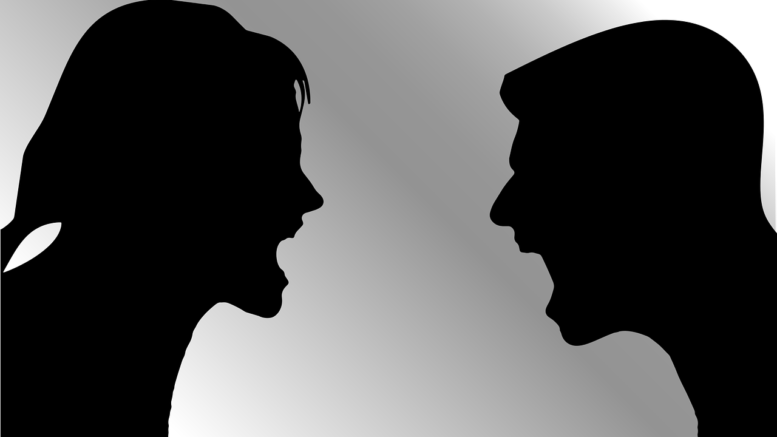 If you thought last Friday’s storms were bad you should have gone to last Monday’s Maysville Town Board meeting.

Tensions were already thick after Nobles and Town Board member Terri Smith, who was not present during Monday’s meeting, had alleged wrong doing by city staff concerning hand written time cards and accounting errors for street and alley maintenance.

The regular Monday, September 16, meeting was moved to Thursday, September 19, after Morton wanted to make sure City Attorney Dean Hart was present during the meeting.

However, the meeting had to be moved to last Monday due to the fact that Nobles, Smith and Rodney Schroder failed to attend the meeting, forcing Morton to move the meeting due to a lack of a quorum.

The fireworks began when the board was considering the consent agenda.

A consent agenda is board meetings practice that groups routine business and reports into one agenda item.

The consent agenda can be approved in one action, rather than filing motions on each item separately.

Nobles wanted a particular purchase order removed from the consent agenda. The purchase order in question was from Town Board member David Uhles’ son, who owns Red Dirt Lawn Care.

Nobles alleged that the work he charged the city for cleaning up two abandoned properties was never finished and he shouldn’t be paid.

Uhles and Police Chief Aaron Glass refuted the allegation and said the work was completed.

“This is a clear conflict of interest as Red Dirt Lawn Care is the son of a town board member,” Nobles said, adding that the town shouldn’t be doing business with Red Dirt.

Uhles snapped back, “It’s not a conflict if you’re bidding something out.”

According to Town Clerk Sandra Albright, Red Dirt submitted the lowest bid to clean the properties and that was why he won the bid.

A few minutes later Nobles and Morton got into a shouting match with each other over a possible OSBI investigation into alleged corruption in the town.

Uhles chimed in saying, “This isn’t ‘Cathy runs this town.’ We’re a town board and we have certain procedures we have to follow.”

Morton was trying to explain why an OSBI investigation wasn’t needed when Nobles started interrupting him.

“Would you hush up and let me talk,” Morton demanded.

“You don’t raise your voice at me Earl Morton,” Nobles snapped back.

An audience member then shouted at Nobles, “You’re kidding me. You’re the rudest person in this whole ******* building.”

Nobles then told a Garvin County Sheriff’s Deputy at the meeting to escort the woman out of the building, which he declined.

Morton then said the mayor was the only board member who has the authority to expel someone from the meeting.

Nobles argued with Morton on that fact when City Attorney Dean Hart spoke up and said Morton was correct.

“You don’t yell at me DeaN Hart,” retorted Nobles. “Just about every meeting you yell at me.”

Morton refused to have the woman escorted from the meeting and the board moved on to the next agenda item.

Despite the tension between the board members, some work for the city was accomplished.

Board members set the Fall Clean Up for Saturday, October 12 and established the official Halloween Trick or Treat Day for the Saturday before Halloween, September 27.

They also gave the green light to paint crosswalks and pedestrian crossing signs at the high school and elementary school.

The next town board meeting will be on Monday, October 21 at city hall.