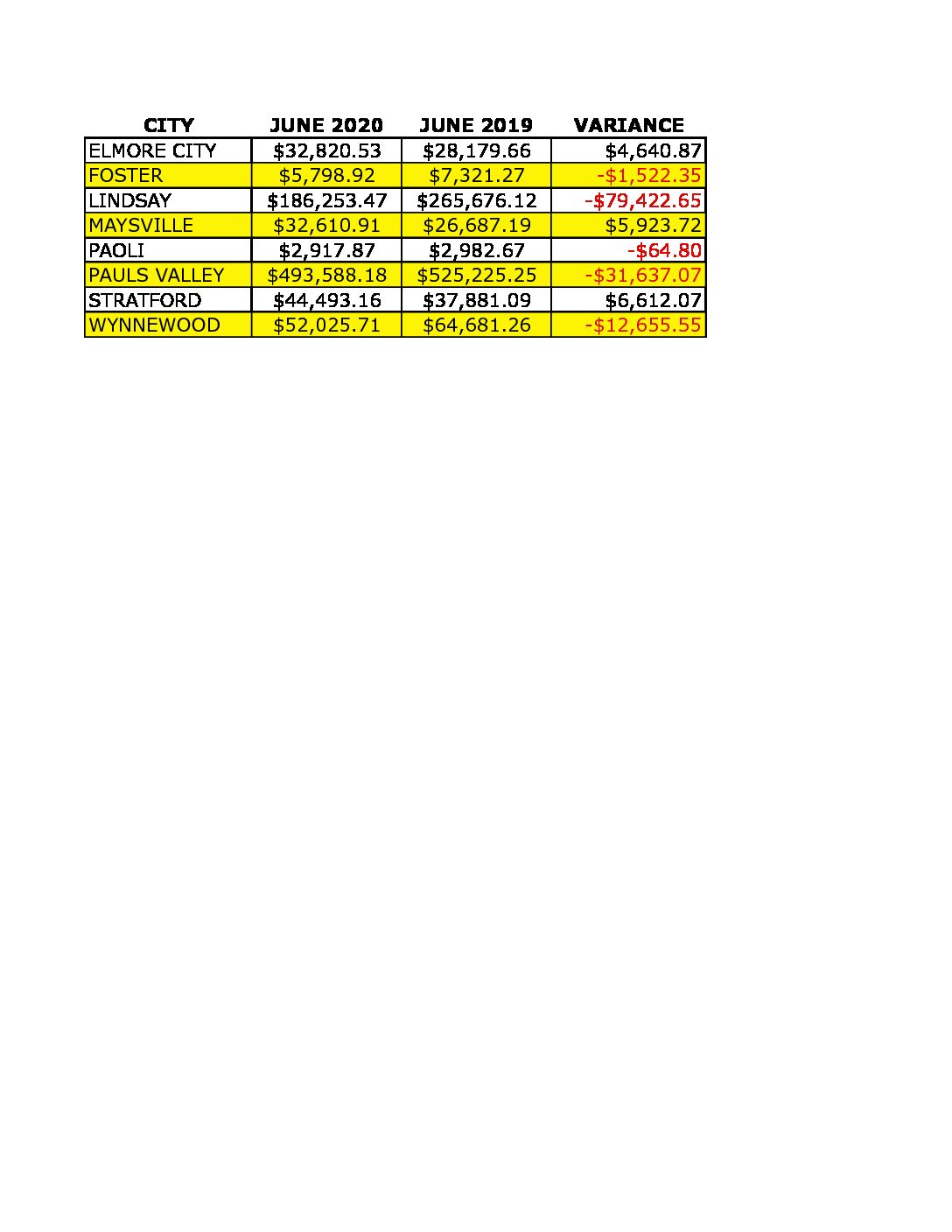 After weeks of preparing to see a decline in sales tax collections due to the COVID-19 pandemic, three Garvin County towns actually saw increases in their June disbursement, according to the Oklahoma Tax Commission (OTC).
The June distribution of sales tax collections by the OTC primarily represents local tax receipts from April business, which was the first full month of closures for many businesses due to the COVID-19 pandemic.
Despite the closures, Stratford, Maysville and Elmore City came out ahead in April, collecting larger amounts of sales taxes than a year before.
According to the OTC, Stratford saw the biggest gain in sales tax collections with $44,493.16 collected, a $6,612.07 increase from one year ago.
Maysville reported an increase of $5,923.72 compared to the 2019 disbursement, and Elmore City had a $4,640.87 increase over last year’s figures.
The Garvin County municipality with the biggest decrease from 2019 was Lindsay.
The OTC reported Lindsay collected $186,253.47, a drop of $79,422.65 from the previous year.
Pauls Valley also showed a drop in sales tax collections for April, recording $493,588.18 in collections, down by $31,637.07 from 2019.
PV City Manager James Frizell said the decrease in sales tax collections was not just due to business closures, but also a rise in unemployment around the county.
“Most of our losses came from the oil and gas industry. A lot of oil and gas workers were let go in April, and we lost that disposable income being spent in town,” Frizell said.