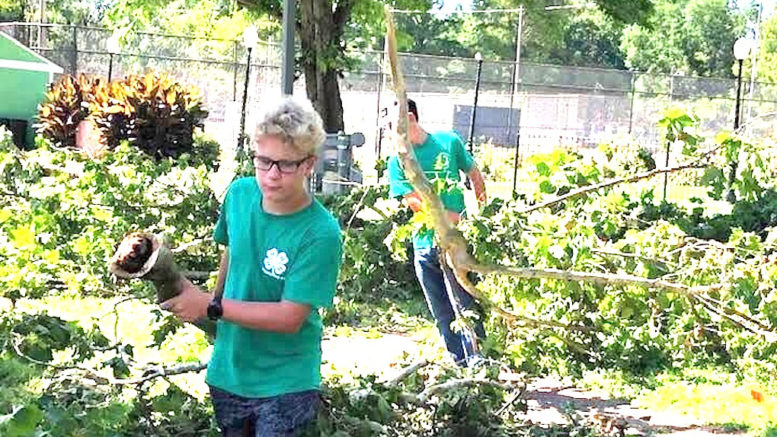 Though Cindy Wilmot’s farm home is being threatened by the Washita River, that didn’t stop her from offering help to her neighbors who had major storm damage from last week’s straight-line winds.

“We have to look out for each other,” she told the News Star.

The storms that blew through Garvin County last Wednesday, June19, brought out the best in county residents as several volunteers helped clean up parks, streets and many residents’ yards.

In Pauls Valley, Garvin County 4-H members spent most of the day Wednesday helping clean up Wacker Park and other areas around town.

“We had several 4-H members volunteer their time to help get the park and other places cleaned up after the storms. I’m really proud of them,” said OSU Extension Director Melissa Koelser.

Shortly after the storms roared through the area early Wednesday morning, citizens in Pauls Valley came out of their homes to begin clearing streets.

One resident on Pear Street told a relative that had called him, “Unfortunately, residents of Pear Street are having their first block party.”