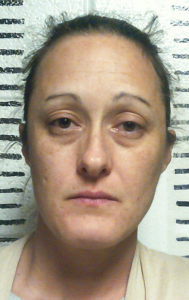 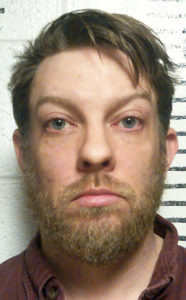 An investigation continues by the Garvin County Sheriff’s Office after finding an indoor marijuana growing system at a rural residence in the Beaty Community southwest of Pauls Valley.
Two persons living at the residence were taken into custody and booked into jail on Saturday, February 24, 2018.
Two teen-aged children were also found living at the home. The child welfare division with the Department of Human Services was notified.
Kerri Leigh Bishop, age 38, and her husband, Joshua Michael Bishop, age 36, were arrested by Deputy Jared Martinez after he and Deputy Blake Clifton went to the rural residence to verify or dispel information the sheriff’s office had on marijuana being kept at the house.
With the cooperation of the residents, the deputies were shown the growing system consisting of marijuana plants in various growth stages supported by portable power supply, artificial lighting, drying fans, watering containers and an air ventilation system.
Sixty-five marijuana plants were seized. Also recovered were smoking devices, weighing scales and approximately three pounds of marijuana contained in glass jars and separated and marked by type.
A search warrant related to the marijuana investigation was executed at a Pauls Valley business on North Oak Street that is owned and operated by the Bishops. The business openly advertises the sale of legal hemp products.
The search warrant executed early Monday morning resulted in the seizure of CBD oils and other ingestible hemp related items that will be further examined to ascertain an accurate level of Tetrahydrocannabinol (THC), which is the psychoactive chemical in marijuana.
By law, hemp products such as Cannabidiol (CBD) cannot contain more than .03% THC. Assisting with the search warrant were members of the Pauls Valley Police Department.
Sheriff Larry Rhodes describes the marijuana grow as sophisticated and well planned. Three portable growing rooms were discovered. Each room had all the necessary equipment to successfully grow marijuana, then harvest the illegal substance for distribution.
Sheriff Rhodes is confident the work of Garvin County deputies have stopped a supply of marijuana to our community by these two individuals.
A search warrant was requested to further investigate observations by deputies at the time of the arrests and evidence seized at the residence leading investigators to believe oils were being extracted from the marijuana and bottled as a tincture.