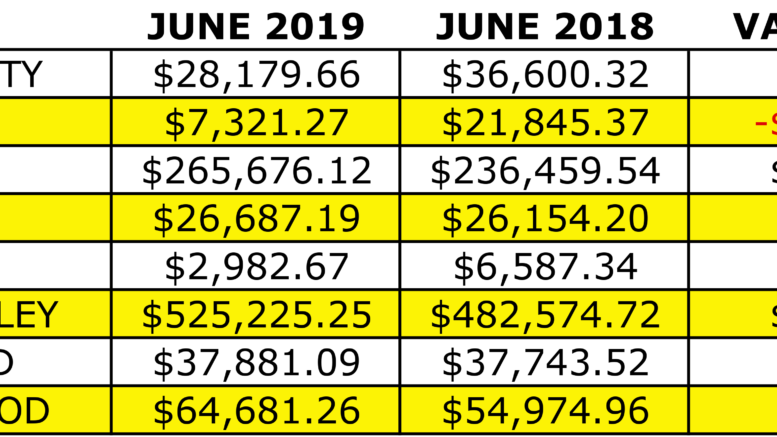 Pauls Valley and Lindsay businesses had a good April, according to the June distribution of sales tax collections by the Oklahoma Tax Commission.

The next Garvin County city to come close to Pauls Valley was Lindsay.

Other cities and towns showing an increase from one year ago were Maysville, Stratford and Wynnewood.