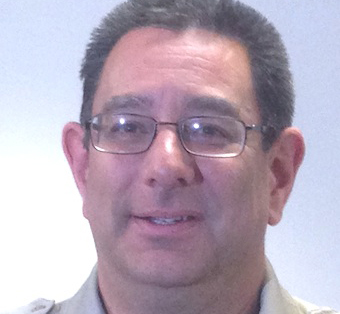 For the past 16 years Jim Mullett has spent his entire law enforcement career at the Garvin County Sheriff’s Office, working his way through the ranks first as a detention deputy all the way up to Undersheriff.

The years of hard work paid off Monday as the Garvin County Commissioners named Mullett as the interim sheriff, fulfilling the unexpired term of outgoing Sheriff Larry Rhodes.

Mullett, who has been the Undersheriff for the past decade, admitted its unusual for a law enforcement officer to spend entire career with one agency.
“I’m really dedicated to Garvin County,” he said.

Mullett will assume his duties as Garvin County Sheriff on July 15, the day after Rhodes’ last day.

Mullett said he’s excited about this new chapter in his career.

“I have very big shoes to fill, but I am confident that with the continued support of my family and community along with my extensive experience I can be successful,” Mullett told the News Star.

Mullett has attended the Oklahoma Sheriff’s Academy and has over 1,800 hours of CLEET training.

He said he has no plans to make big changes to the Sheriff’s office, once he takes over.

“I feel we are and have been heading in the right direction,” Mullett said.

“I want to continue to build on what we have placed in motion as of right now.”

Mullett said there are a couple of deputies who will be attending upcoming CLEET Academies, which will strengthen the sheriff’s office patrol efforts in the county.

“We will continue to have 24 hour patrols throughout the county,” he said.

Mullett said he does have plans to run next year when the Sheriff’s Office comes up for election.

“I have given the decision to run as Garvin County Sheriff a lot of thought and prayers.

“I have discussed it with my family and most of importantly, my wife.

“There has been an overwhelming amount of support from the community, so I think I can run a successful campaign next year.”