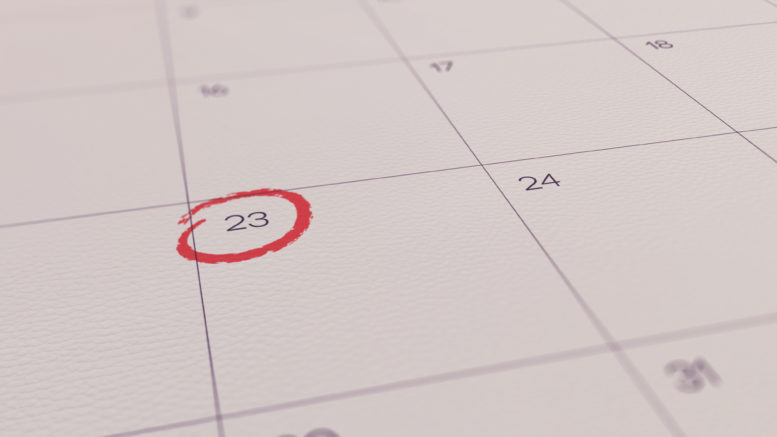 “I’ve had a lot of people tell me they were going to come to the meeting,” she told the News Star Tuesday afternoon.

That forced Mayor Earl Morton to move the meeting to this Monday night at 6:30.

Thursday’s special meeting was actually the meeting that was to take place last Monday night, September16, but was moved by Morton so City Attorney Dean Hart could be present for what is expected to be a heated meeting.

“I wanted to make sure we had our city attorney there so we could address any issues that might come up over that agenda item,” Morton told the News Star last week.

What prompted the move was an agenda item calling for an OSBI investigation into alleged personnel and payroll discrepancies.

The item was placed on the agenda by Mayor Morton and is related to an investigation by Town Board members Cathy Nobles and Terri Smith.

Both have been working together to expose what they call some illegal activities at the Maysville City Hall.

Nobles and Smith allege that a city maintenance employee was allowed to turn in hand written time cards and by doing so padded his time up to 700 hours since the time he was hired by the city.

“That means he could be paid over $12,000 for the time he had written in,” Nobles told the News Star.

Morton told the News Star there is no way the employee in question fabricated that many hours.

The News Star requested a payroll summary on the employee.

According to the summary, the maintenance employee was paid for 182.31 hours of work between March 19 – when he was hired by the city – and September 10.

Nobles still claims there is alleged problems with the employee.

“In the short time that I have been on the board I have seen time cards that proved he had been late for work 60 times in less than 5 months and his starting time had been written in 21 times but clocked out on the time clock,” Nobles claimed

Nobles said both Morton and Glass should resign immediately.

When she confronted Albright about the issue, Nobles demanded that Glass call the Garvin County Sheriff’s Office and request an investigation into embezzlement.

“The Sheriff’s office directed him to call the OSBI. Chief Glass told me that the OSBI said they would be in contact with him by September 3,” Nobles told the News Star.

Glass told the News Star he did call the OSBI that day and Agent Adam Whitney told him that the allegations made by Nobles and Smith were administrative problems, and did not qualify as embezzlement.

“He told me that the OSBI doesn’t investigate administrative problems in a municipality,” Glass said.

Nobles also has a problem with paying employees for “on call time.”

“The town is not required to pay for ‘on call time,” she said. “The employee has to be called out to get paid.”

Nobles alleges other city employees were upset with the maintenance worker in question and Glass for not working their appointed hours each week.

“Employees are continually calling me asking why they didn’t have to work but got paid for 40 hrs every week,” she told the News Star.

Smith and Nobles have also alleged questionable accounting errors in the street and alley accounts, claiming there is money in the accounts to repair streets in town.

“However,” said Smith, “I’ve been told by two mayors and City Clerk Sandy Albright there isn’t any money available to repair the streets in this town.”