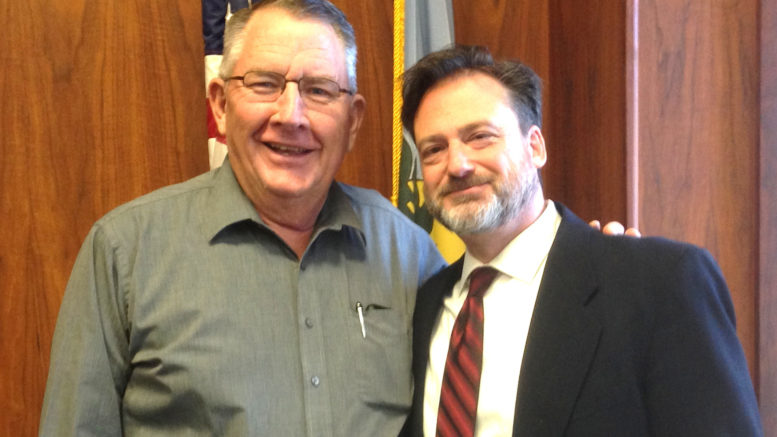 When it came time for Associate District Judge Steven Kendall to choose a new bailiff he didn’t have to look far.

“Steve was my first choice,” Kendall said of Steve Mayhan.

At the time Mayhan was working in the Garvin County Sheriff’s Office as a court deputy.

During some cases Mayhan would have to pull guard duty in Kendall’s courtroom and his ability to take control of the courtroom was quickly noticed by Kendall.

“I’ve seen him in action before,” Kendall told the News Star. “Steve knows how to handle people in a firm but gentle manner.”

The court bailiff makes attorney appointments for the judge and is in control of the courtroom during cases.

“During trials I’m the one who controls the jury during the trial and when they deliberate to decide a verdict,” Mayhan said.

“Judge Kendall is great to work for. He’s very professional. He pays close attention to what is going on during court so he won’t make a rash decision,” Mayhan added.