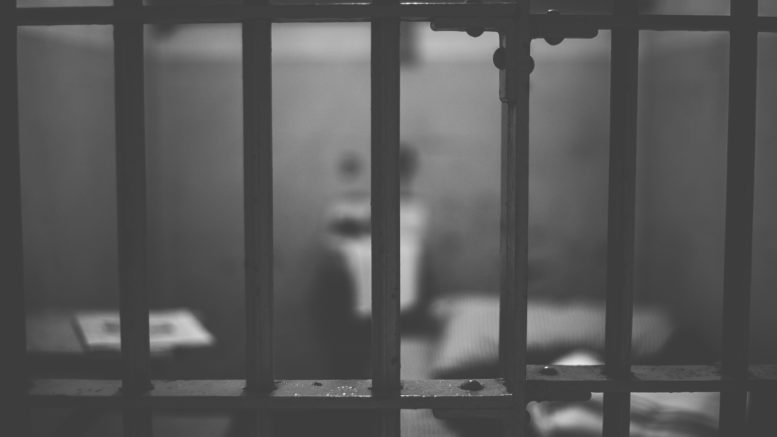 From the Garvin County Sheriff’s Office

Kennith Wayne Click, age 25, Wynnewood was serving a weekend sentence as part of his 10 year suspended sentence with the Department of Corrections when he was caught on May 3, 2019 attempting to smuggle contraband into the Garvin County jail.

An investigation into the presence of contraband inside the Garvin County jail began earlier in the week with detention officials trying to determine how and who was bringing contraband to other inmates. Clark was arrested when he reported on May 3 when he was found to have a bag of tobacco product inside his underwear. Click was on supervised probation by Department of Corrections and this new charge may revoke his 10 year sentence. Click admitted to investigators of doing the same the previous weekend.

“The struggle with controlling contraband inside a jail facility is daily. There are so many ways to smuggle contraband into jail. Often it is contraband that is a controlled and dangerous drug. Our practice has been to hold all persons trying to bring prohibited items into the jail accountable through criminal prosecution,” according to Sheriff Larry Rhodes.

Over the past 16 months, eighteen persons have been arrested for attempting to bring contraband into the jail. Garvin County Sheriff’s Office deputies have recently transported nine inmates to the Oklahoma Department of Corrections to begin serving sentences handed down in Garvin County District Court.

Watson and Strickland are two of the five persons who entered into plea deals for a violent robbery that occurred in August, 2018 in the Katie community.

Joshua Allen Kirkland, age 25, Pauls Valley was sentenced to a seven year Suspended Sentence after pleading No Contest for a January 2019 burglary where over 35 firearms were taken. Also charged in connection to the theft are Brian Paul Bray and Breanna Nicole Howell.

Both Bray and Howell are believed to be in Oklahoma City and are wanted on Garvin County felony arrest warrants. 29 of the stolen firearms have been recovered.