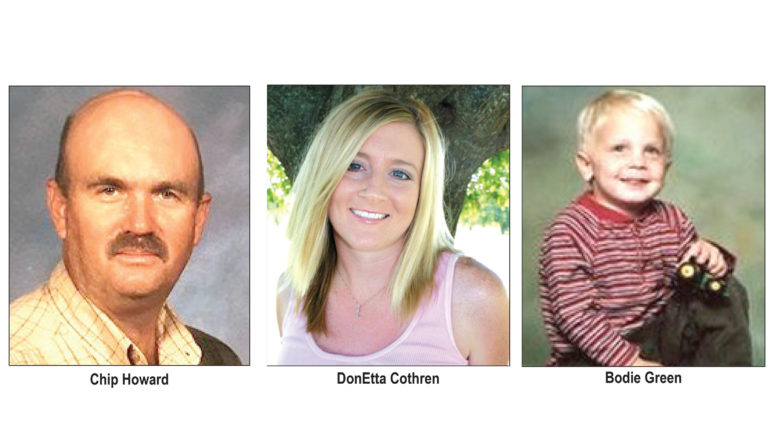 This year the Garvin County Fair will include three scholarship and memorials planned to honor three Garvin County families and their dedication to the fair.

Chip Howard, DonEtta Cothren and Bodie Green will be memorialized during this year’s fair.

The family of Chip Howard, who served as Garvin County Free Fair Association President prior to his passing in December 2017 have established a scholarship in his honor.

Howard enjoying seeing young people involved in agriculture and the local fair. He was part of a group striving to improve the Garvin County Fair.

His family would like to provide a $250 scholarship annually to a student in grades 9-12 who enters exhibits in the Garvin County Fair.

The scholarship application is available on the Garvin County Free Fair web site or may be picked up at the Garvin County Cooperative Extension Service prior to August 19, 2019; or during the county fair prior to the submission deadline.

Chip had an entrepreneur spirit and was involved in agriculture his entire life. This scholarship can be used for further education or for the recipient’s 4-H for FFA project.

After a youth exhibitor has completed all of their entries in the fair, they may submit their application to county fair volunteers located in the east exhibit building no later than 12 p.m., Friday, August 23, 2019.

Applicant’s submissions will be judged and recipient will be announced during the livestock show Saturday, August 24, 2019.

The Garvin County Fair Heifer Grand and Reserve Grand Awards will be named in honor of DonEtta Cothren, who passed away in 2008 at the age of 25.

DonEtta was very involved in showing cattle during her time as a 4-H and FFA member and was chosen queen of the Oklahoma Junior Hereford Association. She also served as the Stratford Peach Queen twice.

Her love of cattle also led to her interning with the American Hereford Association. She received a degree in animal science from Oklahoma State University in 2005.

The Cothren Family has sponsored the county fair award since 2008 in her memory. DonEtta’s name on the award will serve as a reminder of her devotion to 4-H, FFA and agriculture and inspire county youth to do the same.

The family of Bodie Green has sponsored the Junior and Senior Livestock Judging awards in his memory for over ten years after his passing at the age of 3.

Bodie was already a typical farm boy, always at his daddy’s side, and was definitely a “John Deere Man.” Even at such a young age he was already a livestock showman with his lamb Rocky.

In 3 short years, Bodie touched so many, and was loved dearly by his parents Kim and Alan, sisters Julie and Amanda, his grandparents, aunts, uncles and cousins – anyone who was blessed to be around him.

A special presentation will be held to present the Chip Howard Scholarship plaques to announce DonEtta and Bodie’s awards, which will be hung next to Howard’s in the Chip Howard Memorial Conference Room, Saturday, August 24, 2019.