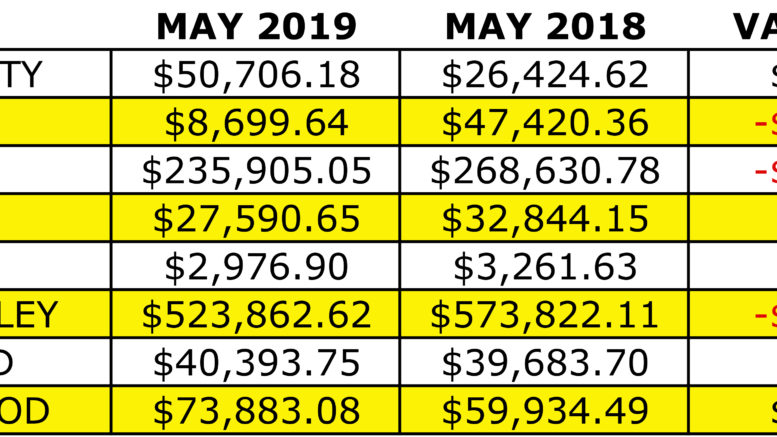 The May distribution of sales tax collections by the Oklahoma Tax Commission primarily represents local tax receipts from March business.  Elmore City had the largest increase, according to the OTC.

According to the OTC, Stratford’s sales tax distribution was $40,393.75, an increase of $710.05 from one year ago. Pauls Valley had the largest decrease among the cities and towns in Garvin County.