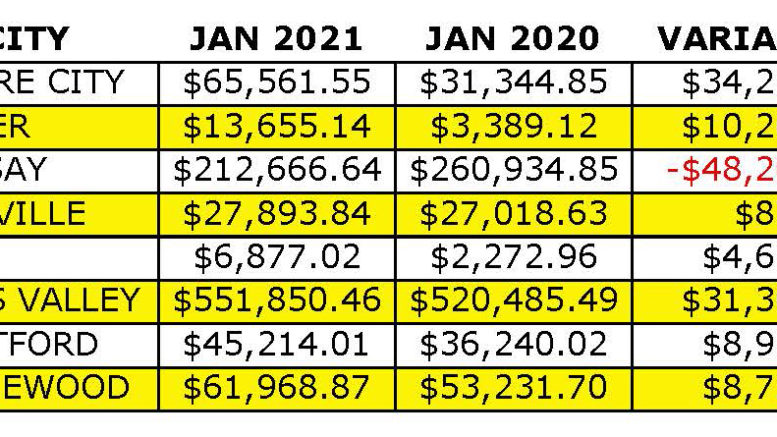 November gave county businesses plenty to be thankful for as all but one county municipality received an increase in their sales tax disbursement from one year ago, according to the Oklahoma Tax Commission (OTC).

The increase came as a surprise to the city, according to Elmore City Mayor Joel Crawford.

“The tax commission told us that a company claimed they owed us around $35,000 in back sales taxes,” Crawford explained.

He said the tax commission didn’t tell him who the company was, but the extra funds will be set aside in case the early Christmas gift was a mistake.

“We’ll sit on it until it’s clear that it actually is ours,” he said.

Lindsay was the lone municipality registering a decrease in sales tax collections. Lindsay received $48,268.21 less than what was reported in January 2020.