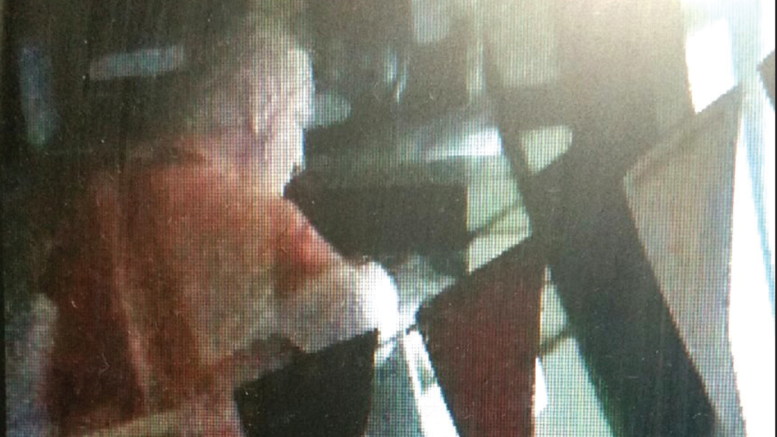 The first break in took place in Pauls Valley at Jackson Elementary School on Monday, September 2.

Then on Sunday night, September 8, Lee Elementary in Pauls Valley and the Maysville Elementary School were broken into.

While all three break-ins are similar in nature, law enforcement agencies aren’t ready to say they are all related.

In the Maysville burglary, Police Chief Aaron Glass said the suspect is a white male wearing blue shorts and a red shirt.

“He has a large build and a close cut haircut,” he said. “We’re fortunate the elementary school had a security camera.”

Glass said he believes the suspect kept trying to find an open window to gain access to the building.

“Once he found a window that wasn’t locked he was able to get in,” Glass said.

Glass said the suspect took an iPad from the principal’s office.

“He really damaged the doors to the school office and the principal’s office,” he said.

Glass encouraged anyone with any information on the Maysville
break-in should call the Maysville Police at 405-867-4447.

In the Jackson Elementary break-in PV officers were called to the school site on Monday, September 2.

Upon arriving the custodians at the school took the officers to the fresh air vent located on the east side of the school.

From that vent the suspect entered the school’s maintenance room.

“I observed a small 6 inch by 6 inch window in the wood frame door of the office had been busted out to gain entry to the locked office,” reported McGaha.

During the course of his investigation there were several drawers in the main office that had been tampered with but nothing was taken from them.

Then on Sunday, September 8, the Pauls Valley Police received a report of a break-in at Lee Elementary School.

The reporting party was Chelsey Schroeder, a teacher at the school.

Schroeder stated to Officer Dan Newton that she had arrived at the school to do some work in her classroom and she saw the glass window in the office door had been broken.

The suspect also gained entrance to the principal’s office by breaking out a glass pane.

“I also observed that the 4 drawer filing cabinet in the main office had been damaged as well. The top two drawers appeared to have been pried open from the corner opposite of the locking mechanism,” Newton reported.

According to the police report, some Ritalin pills from the filing cabinet were missing.

If anyone has information on the two Pauls Valley burglaries, please call the Pauls Valley Police Department at 405-238-5531.