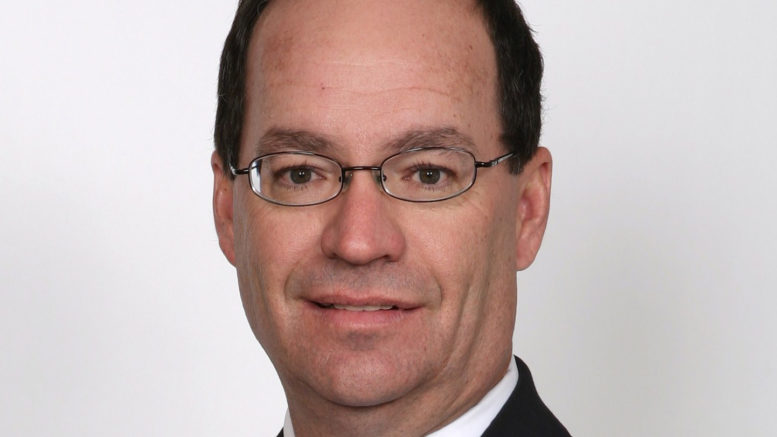 Garvin County Sheriff Larry Rhodes will soon begin a new chapter in his long law enforcement career as he will be resigning from the post he has held for eight years to take a job with the Oklahoma Medical Board (OMB).

Rhodes made his resignation official Monday during the Garvin County Commissioner’s meeting. “This decision is not an easy one and comes earlier in my term than I planned,” Rhodes said in a letter of resignation submitted to the commissioners.

“However, an opportunity presents itself that will not be available next year. “ The opportunity Rhodes was referring to is the Director of Investigations with the OMB.

“I’m doing this mainly for my family,” he told the News Star last Friday.

“The position with the medical board will mean excellent working hours, which will mean more time with my family,” he said. His last day in office as the Garvin County Sheriff will be Sunday, July 14.

Rhodes has been in law enforcement for 31 years with the last eight years serving as the Garvin County Sheriff. Rhodes told the News Star that he’s had several accomplishments during his short stint as sheriff, but making the sheriff’s office a leader in rural law enforcement is his biggest achievement.

“Our sheriff’s office is often looked up to for best practices in the administration and operation for a sheriff’s office. This is evident in the many law enforcement relationships that we have forged,” he said.

Rhodes said the sheriff’s office has a board representative on the Oklahoma Sheriff’s Association and he is currently serving as a member of the Oklahoma Bureau of Narcotics and Dangerous Drugs Commission.

“We also have been involved in several joint criminal investigations and participated on many task forces during the past eight years,” he added. “We have had much needed relations with other law enforcement entities, which was the norm and not the exception.”

“Over the past eight years a new image has been created of an fully accountable, highly responsive, fair and impartial, professional sheriff’s office that is serving all of Garvin County, not just the special interests of who may be the sheriff.”

Rhodes credited his staff of deputies and office personnel for the positive
transformation during his tenure as sheriff. “Dedication, commitment and work ethic by the staff has allowed all this to happen,” he said.

While he is proud of the professional atmosphere of the sheriff’s office, he wishes he was leaving Garvin County in good shape when it comes to a new jail.

“While the discussion to build a new jail has been started, I wish we were further along with actual construction.”

Over the past two years there has been much talk about the need for a more modernized and larger jail and some preliminary design has been done.  “I wish I could be present for construction as I have many ideas on our needs and would enjoy being sheriff for an opening of a new jail.”