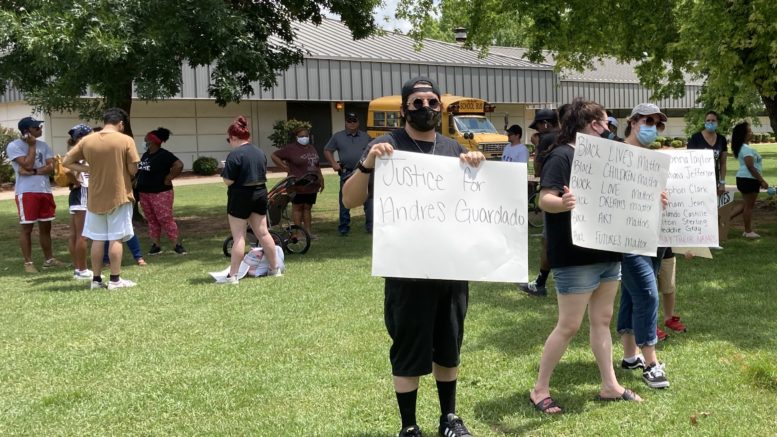 A small group of protestors were on hand Friday, June 26, to conduct a march from the Pauls Valley High School to the PV Police Station.

According to two of the protestors, the group didn’t have any particular complaints about the PV Police Department but wanted to show solidarity with other protests that have taken place in the past two weeks.

PV Police Chief Mitch McGill was on hand to make sure the group conducted a safe and peaceful march.

“We want to make sure they march safely and aren’t hindered in expressing their free speech rights,” McGill said of his police department.

The march was a short one, lasting about an hour.