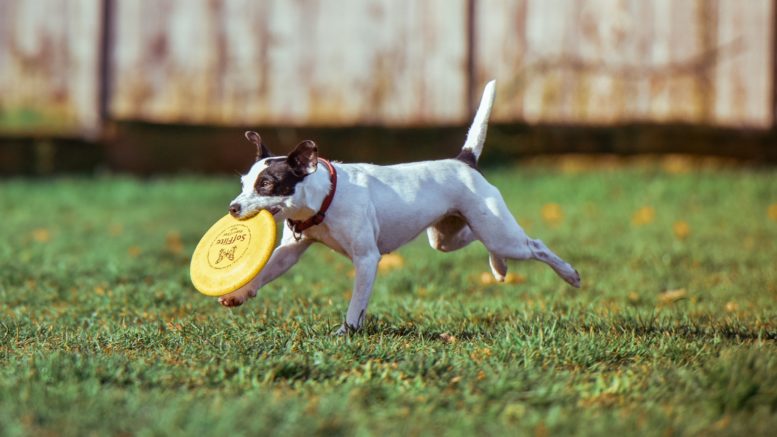 The Fourth Annual Phil Henderson Memorial Bark in the Park Festival will be held on October 4th-5th in Wacker Park in Pauls Valley.

The event began in 2016 after the passing of long-time Pauls Valley resident, Phil Henderson. Henderson was known to love all animals and the event was organized as a tribute to him and as a fundraiser for the Pauls Valley Animal Welfare Society.

This year’s festival is extra special because of the addition of dog aquatic diving competitions held by DockDogs.

According to their Facebook page, DockDogs is the independent governing and sanctioning body for regional, national, and international dock jumping canine aquatics performance sport for dogs. DockDogs establishes the rules and standards of the sport, tracks and records results, and promotes the growth of its athletes, teams, events, spectators, and sponsors.

The event will begin on Friday with on-site registration and practice at 4 p.m. Round One of The Big Air Wave Competition will begin at 5 p.m. and the Extreme Vertical (All-in-One Finals) will begin at 6:30 p.m

Registration and practice begin again on Saturday at 9 a.m. There will be two more rounds of the Big Air Wave Competition at 10 and 11:30 a.m. The Speed-Retrieve event will be at 1:00 p.m. and the Big Air Finals (Pro, Semi Pro, Contender & Amateur Finals) will be at 3 p.m.

All on-site registration fees will be increased by $3 from the Pre-Registration amount.

Attendees are encouraged to bring sunscreen and a lawn chair. There will be many food and retail vendors in the area to provide treats for humans and canines alike.

Dogs must be on a leash and accustomed to being around many people and pets.

The event is family and kid-friendly. Whether your pet is competing or you just come to watch the Fourth Annual Bark in the Park Festival is an event for a worthy cause.

More details can be found on Facebook at the 4th Annual Bark in the Park page or on DockDogs@ official Facebook page.

The Phil Henderson Memorial Bark in the Park Festival has a website at www.pvbarkinthepark.com.