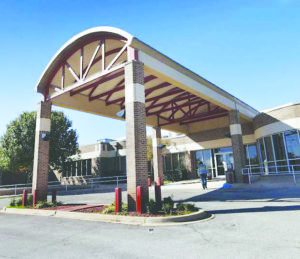 Pauls Valley Mayor Gary Alfred told a full council chamber the PV Hospital Authority would take no action in closing Pauls Valley General Hospital, which brought a hearty round of applause from hospital employees and local residents Wednesday night during a special meeting of the hospital authority.

Alfred informed the hospital employees in attendance they would be paid on Thursday, September 6, which brought a sigh of relief.

Alfred thanked the banking community in Pauls Valley and city leaders for keeping the hospital open.

Frank Avignone, Chief Operating Officer at the hospital, told the crowd that Alliance Health Partners, the company currently in charge of running the hospital, was not ready to give up on the medical facility..

“We have a plan going forward and that means we are going to get back to the basics and make this hospital what it was originally intended to be, a full service medical facility,” he said.

“We have great nurses and doctors here and want to expand that fact,” he added

Avignone said he’s had calls from surgeons in other cities who want to move to Pauls Valley and be a part of Alliance’s plan.

“In the past three weeks we’ve done 44 surgeries. So that speaks to the need here. We’re not out of the woods yet.”

The hospital’s future has been in question for several years.

Earlier this year Alfred told AmeriCore Health, a national hospital management group who expressed interest in the hospital, the hospital was deep in debt and would have to close down if something didn’t happen soon.

AmeriCore officials assured Alfred they were definitely interested in purchasing the hospital and encouraged him not to close the hospital down.

Shortly after that Alliance Health Partners of Oklahoma contacted Alfred, expressing a desire to purchase the failing hospital.

After some conference calls and an in-person meeting with Alliance officials, the decision was made to go ahead with Alliance, instead of AmeriCore, as the buyer of PVGH.

Alliance has been managing the hospital since then. Look for more details in next week’s News Star.